Skip navigation
What does "carbon neutral" mean? How do we become carbon neutral? What is the Social Cost of Carbon (SCC)? What is CNI's vision, mission, values? Why is the offset step before the reduce step? How do we our offset our emissions? Will this expand beyond Indiana? Where does the money go when I purchase a carbon offset? How can I support carbon offset projects from Indiana forests? What does it mean to retire carbon offsets? Is purchasing carbon offsets tax deductible? How does CNI fit Into the larger climate action movement? Why does carbon neutrality matter?

What does "carbon neutral" mean?

Carbon neutral means removing the same amount of greenhouse gases you put into the atmosphere.

It means taking responsibility for causing your share of the climate crisis and paying for your share of the solutions. When you’re carbon neutral, you’ll probably still emit some greenhouse gasses, but you’ll be helping to remove an equal amount of them from the atmosphere somewhere else. On balance you’ll be net zero. 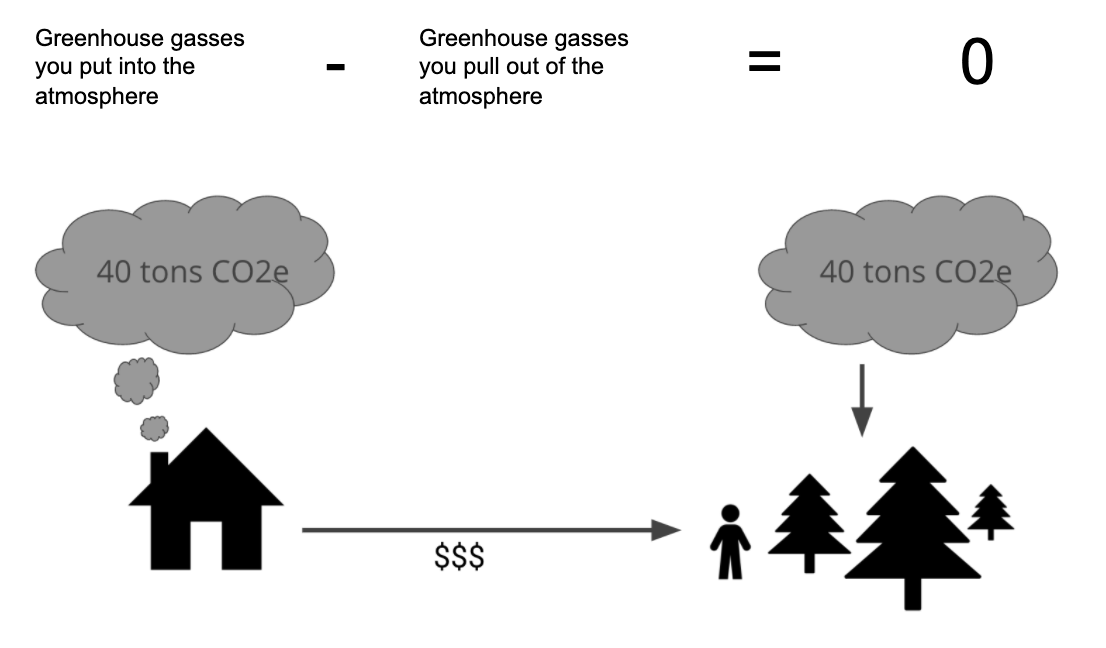 And here's an analogy:
Imagine a man who has a bad habit of throwing trash out of his window into his back yard. He throws out exactly 10 pieces of trash a day.
Eventually his yard fills to the brim.
His friend says, "Man what are you doing?"
He tries to stop, but it's a strong habit.
So his friend says, "Okay, you can keep throwing out 10 pieces of trash a day, but for goodness sake pick up 10 other pieces a day and put them in the trash can."
This he can do.
He still throws out 10 pieces a day, but he also picks up 10 pieces a day.
10 out and 10 in = 0.
He's "trash neutral" so to speak.
It's the same with greenhouse gas emissions. Carbon neutrality means removing the same amount of greenhouse gasses you put into the atmosphere.