Carbon Neutral Indiana was born on April 7, 2020. This is an account of our second month. Our account of the first month is here.

In the last month we've seen tremendous protest in the US because of systemic bias. It shows itself in environmental issues. For example, did you know that children of color are several times more likely to die from asthma because of pollution? Learn more with resources from Jacqueline Patterson or the NCCJ.

This post was written in collaboration with twelve summer interns. See their quotations below.

Launched a summer internship program with twelve college students! It's called "Learn/Hustle/Grow." These were some of the 3,000 individuals who signed the petitions calling for IU or Purdue to become carbon neutral. In total, they contribute 360 hours per week to CNI's mission. Learn more about the program here, including in-depth profiles of each individual.

Created an inspiring two minute video of the interns. It shows what they accomplished in just their first week. 1,774 people watched it on Facebook, LinkedIn, Twitter, or YouTube.

Certified 12 more entities carbon neutral (20 total). Now we're up to 487.7 mtCO2e annually. That's $107,294 in social costs averted (according to researchers at Stanford who say the social cost of carbon is $220/ton). Names and approximate locations of households here. This number also includes one business.

"When I was a kid, and I thought about the climate, I got mad as well as sad. Now as an adult I feel anxiety more. It seems like so many people know what’s happening, but the government and large corporations are just plowing ahead with business as usual. So there’s this really big tension between what should be happening and what is happening. So that’s where the anxiety comes from.

Becoming carbon neutral was easy, very simple. It was also a very positive experience. It was easy to actually calculate my emissions. The person I spoke with from CNI was easy to talk with, and we had a nice conversation.

Others should consider becoming carbon neutral because it’s easy and it relieves a lot of anxiety. Many people think they are powerless. But they don’t have to feel that way. It was surprisingly simple to just do it and become carbon neutral myself." -Michael Grady 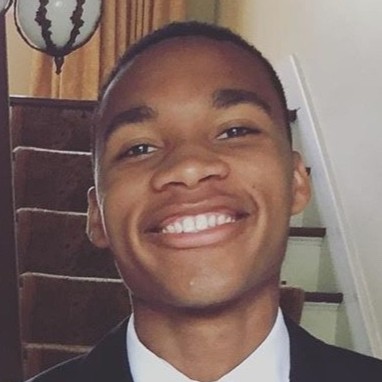 "I’ve paid attention to the environment and climate for years... During that time... I’ve felt pretty much hopeless... [It] just feels like it’s overwhelming, like it’s too much to do as an individual...

Climate change is a fact. There’s no question about it... I still think the government and big organizations need to do more -- especially the government -- but individuals definitely have a part to play.

We are the first carbon neutral household in northern Indiana, but I don’t feel like a leader. I feel like I just learned more about our lifestyle. Now I have to think about what changes I can take to be less carbon emitting. Hopefully my kids will learn this from me." -Monali Das 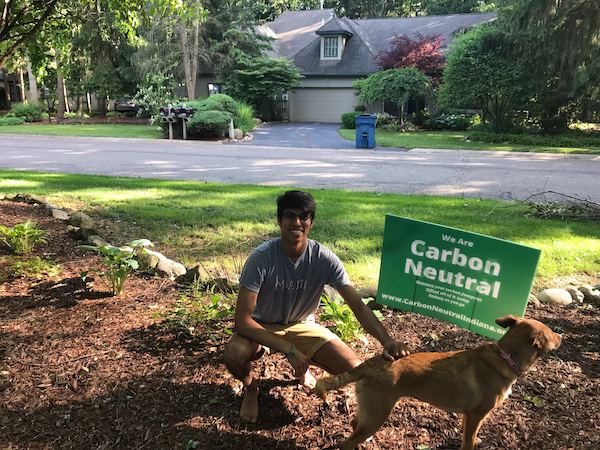 Want to help us knock over dominoes? 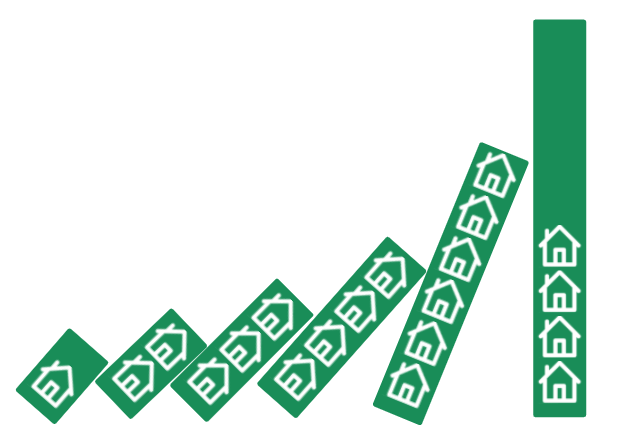 Interns studied resources like the ones below. Along the way, we collaborated to create a glossary and a list of FAQs.

"[Doughnut Economics] presents a new environmentalist economic outlook on the world, and [Secrets of Closing the Sale] relates how helping others is actually the best way to make a sale." -Parker Angelos 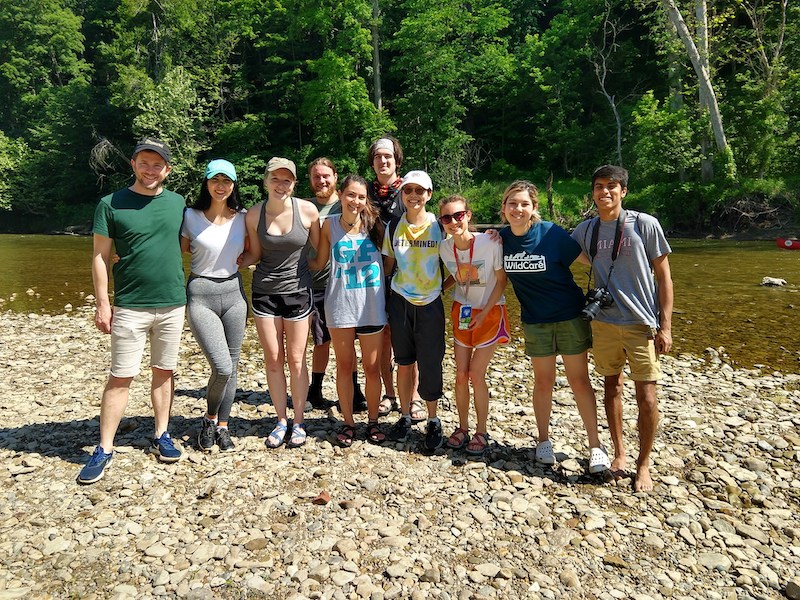 Measuring impact as well as drivers of that impact. When we created Carbon Neutral Indiana we wanted to identify success benchmarks. That way we could invest resources as effectively as possible. So we reached out to a well known Midwestern environmental non-profit -- that's received hundreds of thousands of dollars in funding -- and they told us that, "[we] have not been good at collecting data on our activities or results..." That's exactly what makes CNI unique. For us, it's all about mtCO2e (i.e. metrics tons of CO2 equivalents). For every dollar spent we know our impact. Hopefully we can contribute this ethos to other organizations. Of course, there's also tremendous impact impossible to measure. For example, how do you measure shifting people from a sense of hopelessness to a sense of positive momentum?

We are all about implementation -- not just more research. The Project Drawdown conference's tagline was, "From Research to Action." One of us was at a table with some leaders of the conference on the final day. We asked, "We've been talking about updating the Drawdown research. What's the 'from research to action' about? What's the action?" Everyone at the table shook their heads. This week, someone at a major research institution -- with millions of dollars in funding for climate research -- told us , "Research and implementation are totally different skill sets. I've learned that from working [here]. We know what we need to do. Now it's time to implement." That's exactly what the Carbon Neutral Indiana network is doing. We need to shift our investments from research to implementation urgently. Time is not on our side.

We are growing very quickly. We met with leaders of a well known Midwestern environmental group recently. They told us that in over a decade of outreach they've accumulated 2,000 supporters. In just two months, we've accumulated over 3,600 supporters. That's 130X faster growth. Even if we don't maintain that pace it's remarkable. We are zooming! 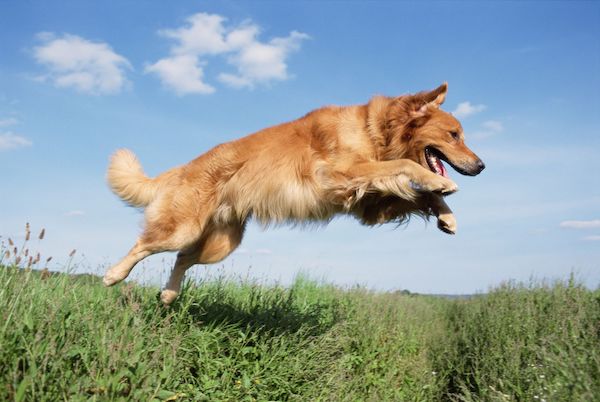 Received $225 in donations. Unpaid staff, volunteers, and interns have contributed at least $213,000 of in-kind contributions as well.

1,067 unique people visited our website. They spent on average 2:32 on the website. Here are those visitors in just Indiana: 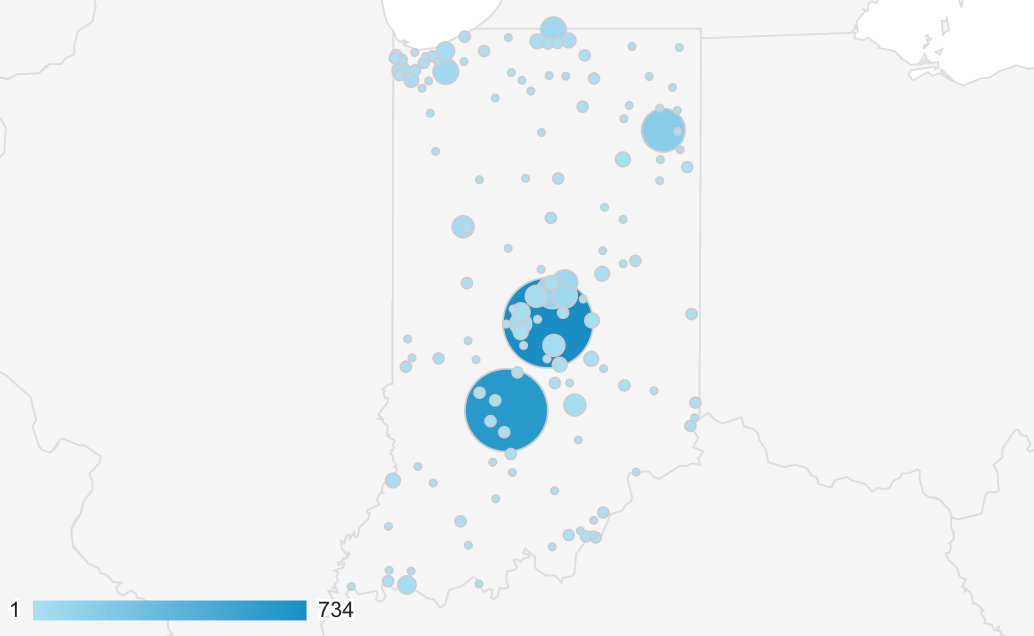 People around the world want to replicate CNI. A friend from the UK sent us this MP3 (shared with her permission). Later she organized a group Zoom call with 5-10 others around the world to learn how they can replicate what we're doing in Indiana. People from these countries visited our website recently: 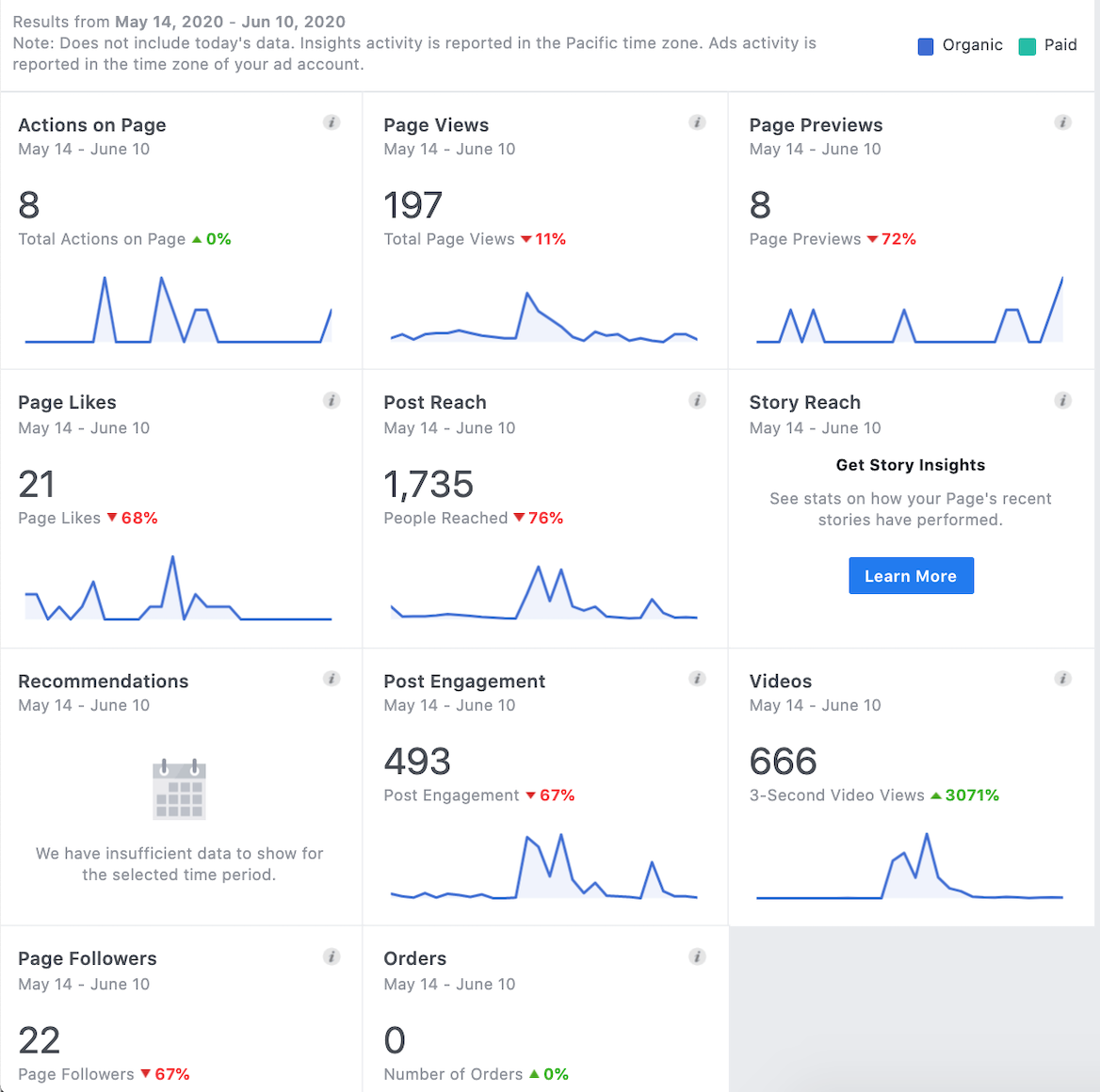 Interns contacted 267 people who signed the IU petition in one week. Asked them about their emotions regarding the climate crisis. Listened. Sometimes for an hour or more. Then asked if they'd like to become carbon neutral. Through empathetic listening, and slowly building genuine relationships, we've grown the CNI community greatly.

Interns gained confidence. They reported becoming more assertive and persuasive while reaching out to the public. They also reported learning a lot of information -- facts, statistics, examples -- to use while speaking about carbon neutrality.

Conducted 33 household carbon inventories. Recently we've increased the maximum number to five per day. We're bottlenecked for now as only one person conducts these. The interns are shadowing however to expand capacity. 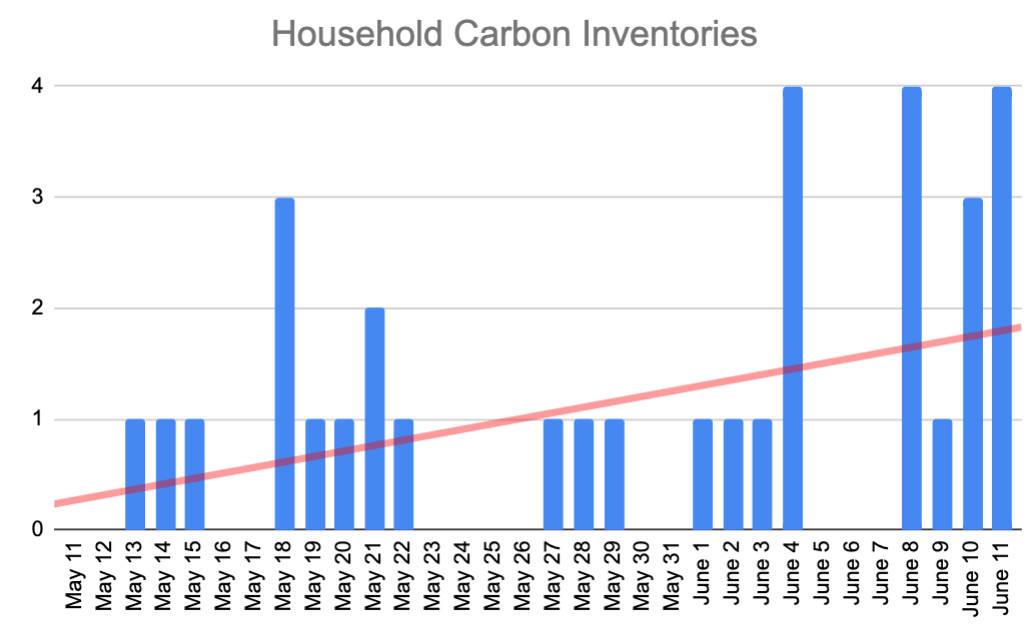 Scheduled 39 carbon inventories for the next few weeks. Next week, for example, looks like this: 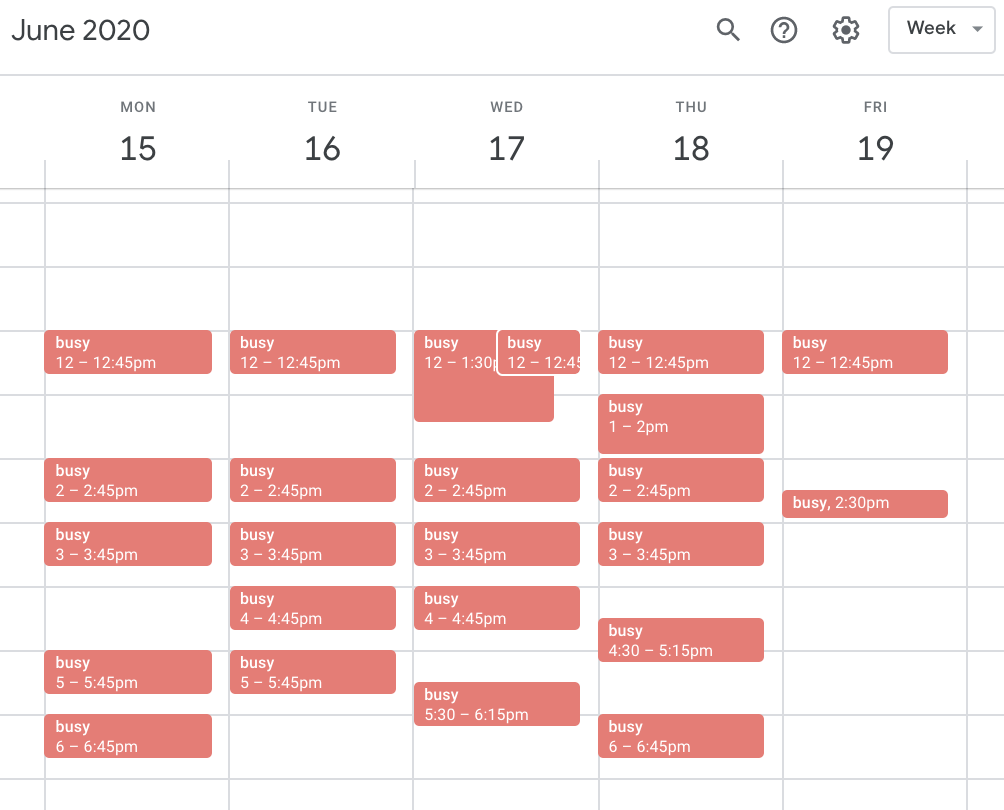 Interns put up maps of Indiana to track progress. Every time a new household or business becomes carbon neutral we put a sticker on our maps. Even though we are remote and scattered around the world -- most of the interns are in Indiana but one is in Utah and another in New Zealand -- this is another ritual that helps us feel connected as well as a sense of daily progress. See interactive map here. 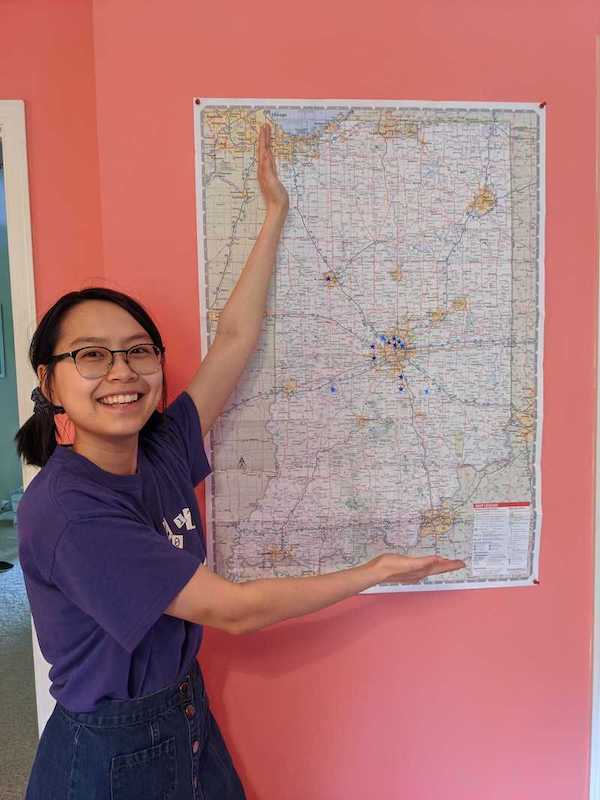 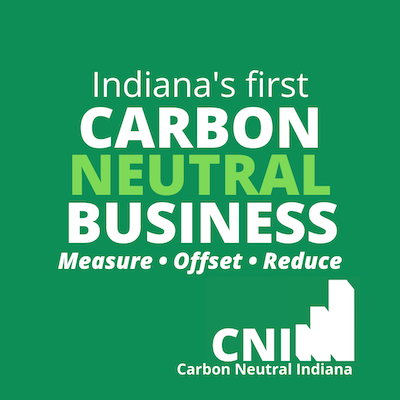 Prioritizing opportunities. "CNI is young and the steps we take now will determine the course of CNI’s future and success. Figuring out what we should prioritize first and deciding where to focus our attention can be overwhelming but also exciting." - Heidi Takada

Knowing our audiences / patience. "Learning how to educate people on carbon neutrality and not assuming that people know the jargon, abbreviations and concepts -- such GHG, SDGs, carbon footprint." - Heidi Takada

Academic institutions are failing students with regards to climate education and climate leadership. This is even more painful when one considers the amount of debt many young people go into to receive a college degree. If the average Hoosier invests $80,000 for their in-state degree, the families of these 12 students are investing almost $1,000,000 for their educations. Why should these young people lead on climate? Why not the people being paid so much to "educate" them? Who is educating whom? The academic landscape will be disrupted -- Silicon Valley style -- soon. The question is when. See Scott Galloway's recent article as well as this funny/disturbing story of what NYU did to their undergraduates. We need academic institutions to step up and truly lead. Climate is the greatest challenge of the 21st Century. If they decide to be fiercely relevant then they might not only survive but thrive in the coming years.

Stories are powerful. "Sharing stories has been a very important part of learning and growing within the internship program. Members sharing their own personal stories allows the group to both get to know the individual better and learn from each other. Listening to stories from outside sources fuel inspiration and motivate us to do our best work (e.g. this story)." - Mallory Cullen

Being part of a group increases accountability. "Engaging in group participation activities such as morning wakeup MarcoPolo videos and daily meetings keeps us accountable and on track. Group collaboration on assignments not only ensures high quality work but full group participation because respect each other and want to contribute to each other's success." - Mallory Cullen

How to build rapport with strangers quickly. "When calling interested folks we learned to start with a personal anecdote or catchy story to build rapport early on." -Parker Angelos "Learned how to curate better bonds with others through active listening, telling stories and asking thought-provoking questions." -Gloria Masih

How to nuture our inner child. "Just by watching the movie Tomorrowland together, we learned the importance of encouraging our inner child and shaping the future the way we imagine it… and to not let darkness and despair get in the way of our dreams." -Heidi Takada

How to communicate creatively. "We have learned the power of creativity in communicating climate action messages. We watched a video of Pete Seeger, who started a choir with children to help spur climate action and worked together to come up with creative ways to communicate our message. Some members of the group chalked the sidewalks of Indiana University to spread awareness about both the black lives matter movement and the climate movement.” -Sydney Johnson

Followers can be more important than leaders. "The idea of a leader is often glorified and fails to give credit to followers. Followers are just as important as leaders in a movement, if not more." -Heidi Takada

Silence is okay during meetings.

A lot. In almost every single carbon inventory call the person asks a question we haven't considered yet.

Leadership can come from the "bottom." The students we speak with almost unanimously agree their institutions should become carbon neutral. Why aren't more faculty leading the charge? From our experience, many of them are worried about tenure. They fear rocking the boat. Once they do get tenure, however, their courage muscle may be atrophied. "The weak in courage are strong in cunning." -William Blake.

Intelligence is most definitely not the same thing as courage. If the school system optimizes for intelligence -- if -- it definitely does not optimize for courage and leadership. For that we need something else.

Now what to do?