Carbon Neutral Indiana is now one month old. We want to learn in public, sharing the journey as we go.

So what's gone well? What's been challenging? What have we learned?

Secured fiscal sponsorship with IFA on April 7, 2020. This happened about nine months after first starting the relationship by tweet (see image below). During this time, Daniel invested about 6.5 full-time equivalent months researching climate-related opportunities in Indiana, funded by retirement savings and, in the fall, starting a part time consulting engagement. Lesson? Persistence! This was also after approaching, and speaking with for 4-6 months, two other environmental non-profits in the state seeking a similar fiscal sponsorship arrangement. Lesson? Keep moving forward, keep building relationships, keep pivoting. You'll find the right partners eventually.

Set up bank account. Now we can accept grants and donations as well as buy and sell carbon offsets for Hoosiers.

Presented to the IFA Board on May 10, 2020. Board members are eager supporters, sending messages like:

Presented to the East Side Creation Care Network. These are about 50 churches in Indianapolis. Video here.

Created summer internship program. Of 1,500+ IU students who signed their petition, we interviewed and selected a handful. To be announced soon.

3,350 unique people visited our website. Since they spent on average 2:19 minutes on it they must have been reading something. 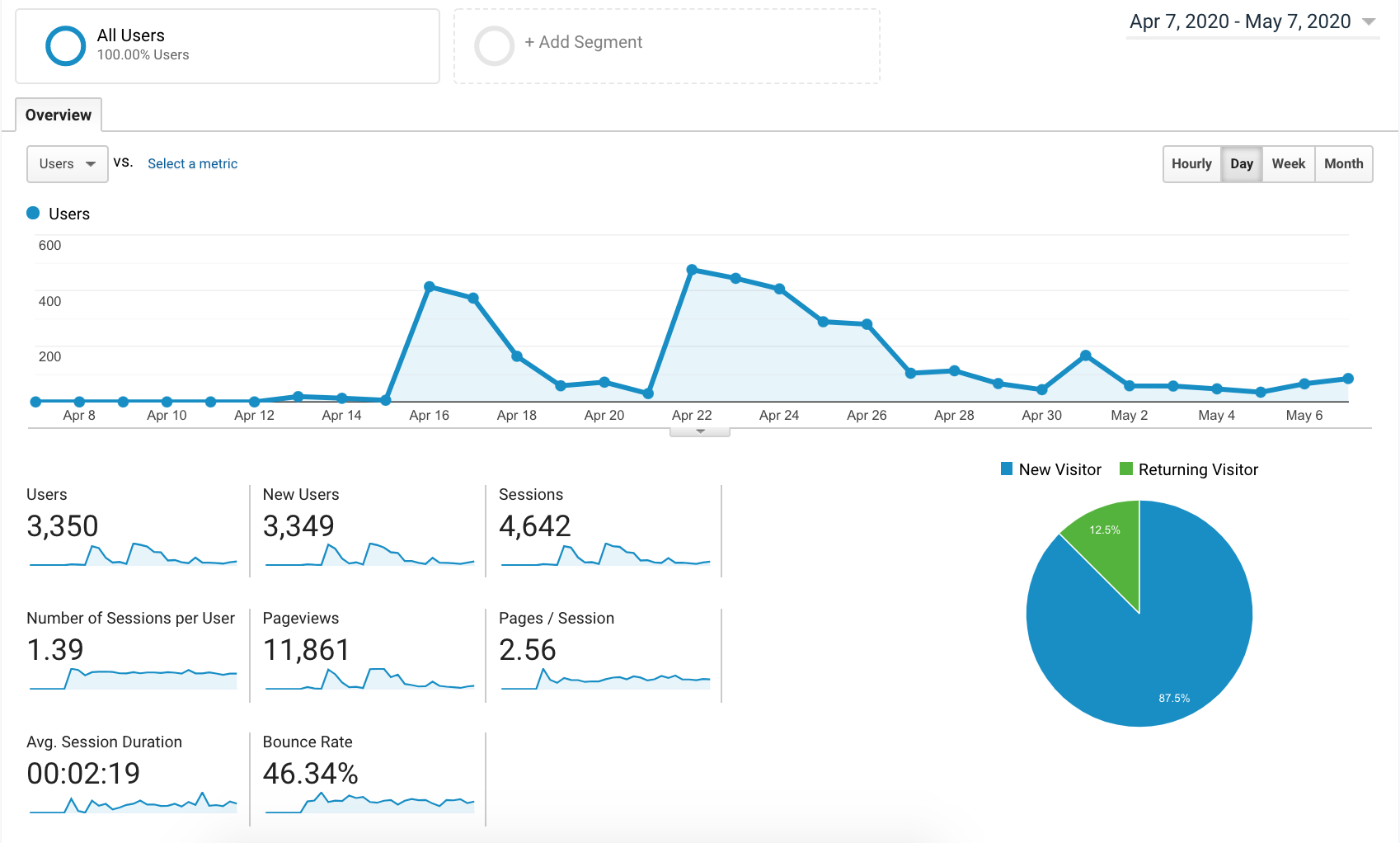 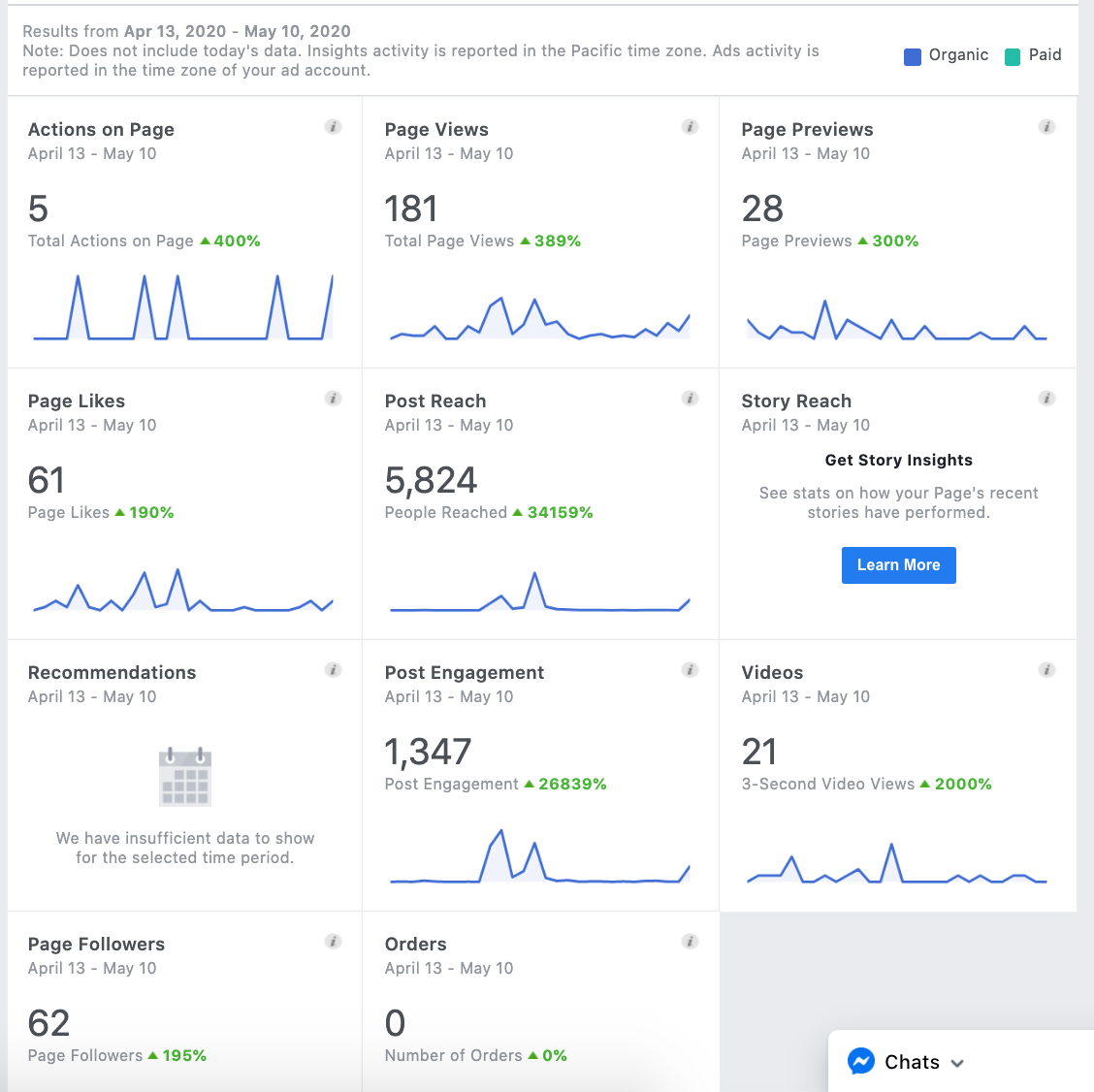 Purchased 100 yard signs. Greg Kempf and Daniel Poynter made loans to CNI (at 0% for 3 months) to make the $750 purchase from Image360. Our new friend Rajesh (below) has been very helpful and friendly. Thank you Rajesh! 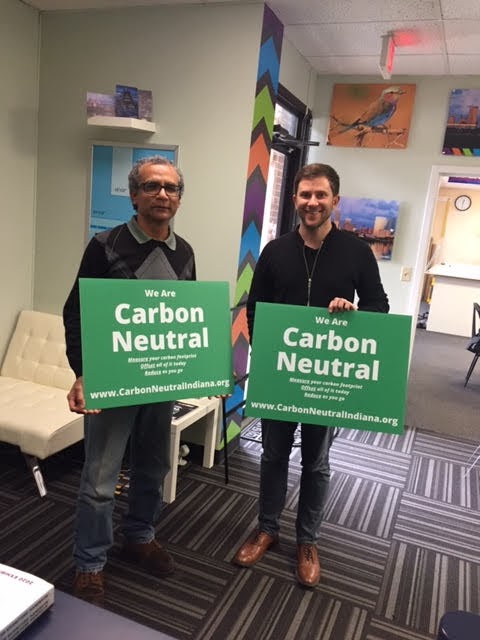 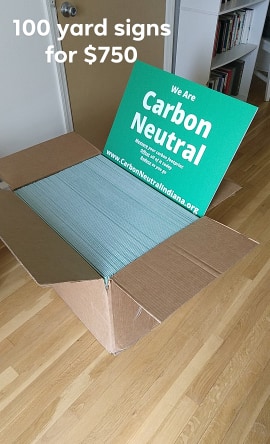 Set up automated system to schedule household carbon inventories. Interested households first submit their contact information and only then schedule a 30 minute meeting. The scheduling tool sends them questions to use to prepare for the call. It also sends a three question self-assessment to make sure they understand critical concepts like the social cost of carbon, the definition of carbon neutrality, and the average cost per household to become carbon neutral.

Purdue Exponent ran story on carbon neutrality. This happened approximately five months after first contacting the student newspaper about this issue, and two months after visiting them in person. Patience and persistence pays off. The student journalist Lucas Bleyle is a rockstar. The piece turned out wonderfully. Story here.

Carbon Neutral IU was born. Petition kicked off April 16, 2020. The first goal was 500 signatures. Then 1,000. Then 1,500. By May 11th it has 1548 signatures. About 6% of all who sign as to be a volunteer. Proving to be highly effective sorting funnel to find passionate students. IU's petition here.

Carbon Neutral Purdue was born. Mason Merkel already collected 1,400 signatures before he heard of CNI. When he learned of this statewide initiative, he was eager to collaborate and compete directly with IU. Purdue's petition here.

Lack of urgency is common. The Midwest has an image of being slow to adopt new ideas or practices. This is useful in some contexts and deadly in others. This lack of urgency even occurs among some professional environmentalists. In this case, it could be the result of compassion fatigue / burn out. One way this lack of urgency manifests is when people take weeks or months to respond to inquiries. Again, patience and persistence are invaluable. So is keeping a record of correspondences and referring to specific dates. This helps accelerate things.

Rescheduling meetings. A certain percentage of people consistently reschedule meetings. This isn't new to anyone who lives by a calendar. Solutions include using scheduling tools with automatic reminders, messaging about how rescheduling costs the movement dearly in those reminders, and being honest with people if it happens too often.

Not all sustainability staff are friendly or supportive. Michelle Obama's phrase ("When they go low we go high") can apply in all contexts, even in the environmental community. We can also connect to people around why they got into this field in the first place. This can rejuvenate their collaborative spirit. CNI's values are: fun, friendships, effective climate action. Let's all be like golden retrievers, friendly to all. 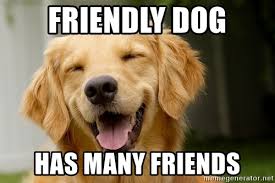 Beware of "clicktivism." Understand that liking something and taking action on it are totally separate things. That's why engagement metrics on social media are often called "vanity metrics." When Rae Schnapp became the first carbon neutral household in Tippecanoe, we posted the fact in a Facebook group for Tippecanoe: 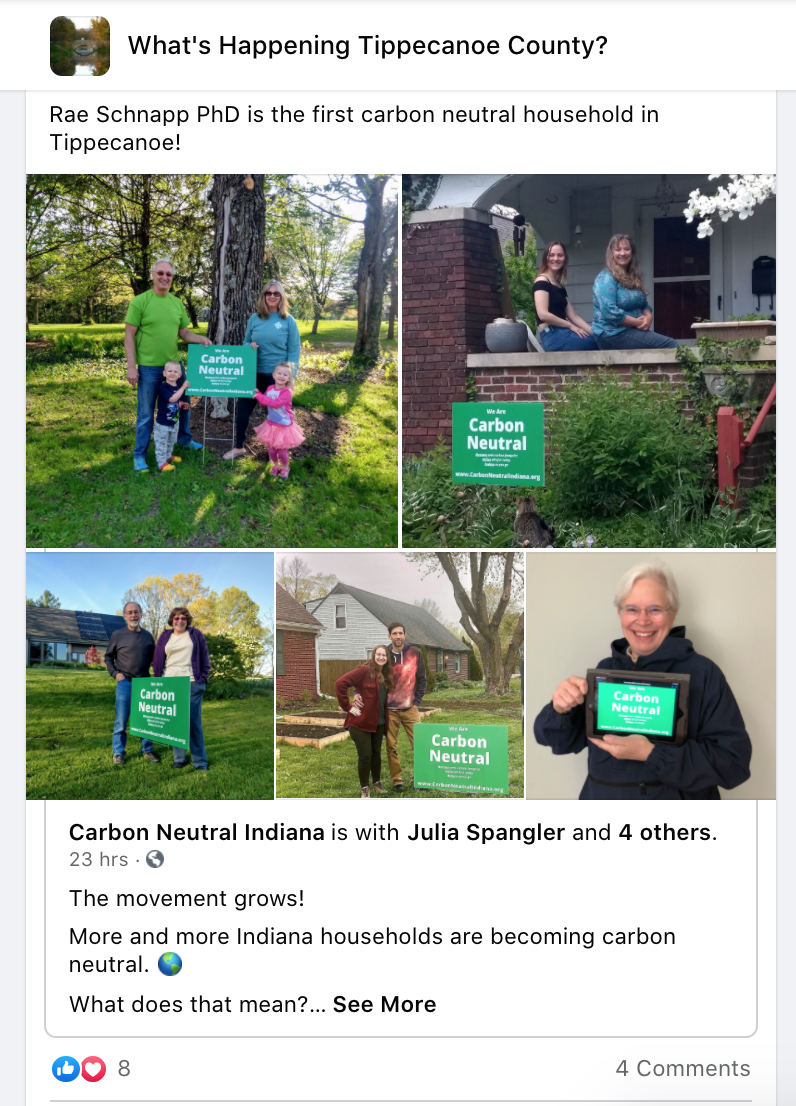 Of the 8 people who liked/loved this post, not one of them reached out for a carbon inventory of their home. But don't worry! Nine others did. And those people didn't like it! Isn't that funny? Curious.

This exact same phenomenon happened when similar stories were shared in two other neighborhood-themed Facebook groups.

Money often changes the equation. This one is related to the lesson directly above. It's one thing to say we're for something. It's a totally different to put our money where our mouth is. Some people who have been involved in CNI since the beginning seemed offended when asked to invest in carbon sequestration projects (i.e. purchase carbon offsets). They asked many questions that obscured their true objections. Other people, who have also been involved since the beginning, were eager to put their money where their mouth is. Any professional salesperson knows this well (if this is new to you study Zig Ziglar). This is why sales is an excellent learning experience about human nature and communication.

Creating an FAQ is so helpful. It allows us to do several things at once. First, streamline communications. Everyone gets the same message. Second, clear up misunderstandings easily. Once you spot it you can point the person to a bit of educational content. Finally, it shows people that others had that same question too. This helps people feel comfortable being vulnerable enough to learn. 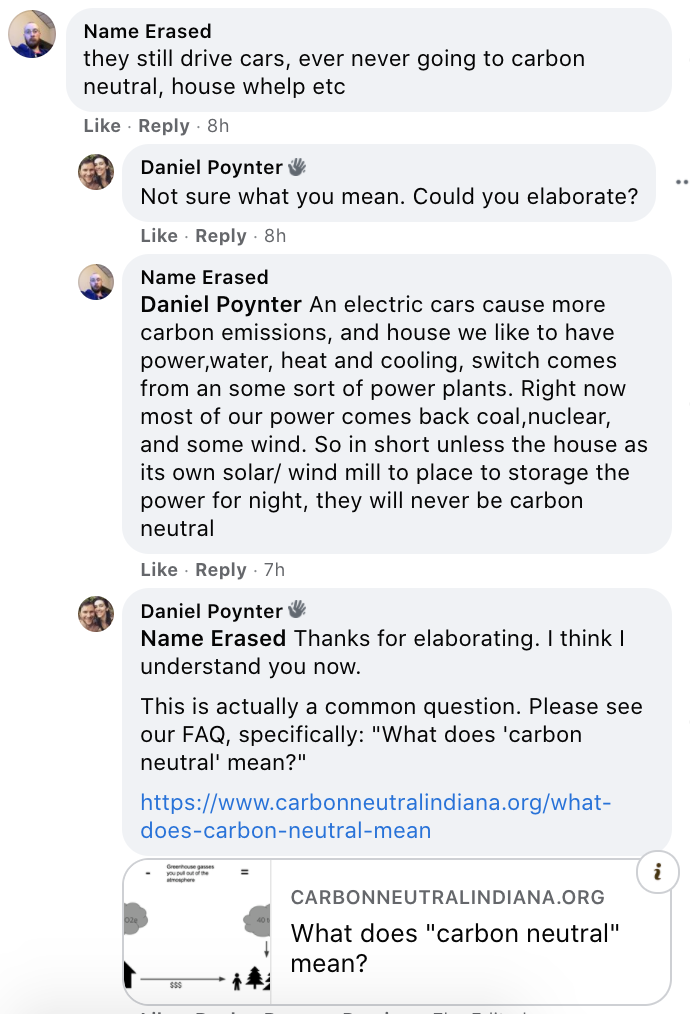 We have a lot of education to do. Anyone deep in the climate movement, and especially people who reads white papers for fun, needs to remember the "curse of knowledge" cognitive fallacy. That is, once you learn something it can be hard to remember what it's like not to know it. The concepts powering Carbon Neutral Indiana are sound, and they are gaining momentum elsewhere. They will penetrate Indiana, eventually, and it's up to us to share these concepts as public educators.

For example, a salaried environmentalist told me something like, "I pay $1/mo to the utility for 'green' energy, so I am carbon neutral." Another highly educated person something like, "If I reduce my carbon footprint in half, does that make me carbon neutral?" Both of these are examples that we need to educate ourselves, get clear understanding, then patiently educate others. Just like candles in the dark, the light of knowledge can spread exponentially.

Young people make PITA adults worth it. Anyone reading this has encountered setbacks as they work toward a dream. For example, Hotmail was rejected by 20 VCs before they got funded (and acquired by Microsoft for hundreds of millions of dollars). JK Rowling was turned down by 12 publishers before... you know the end of that story.

Think about your worst setbacks right now. Now look at these faces! It's all worth it isn't it? 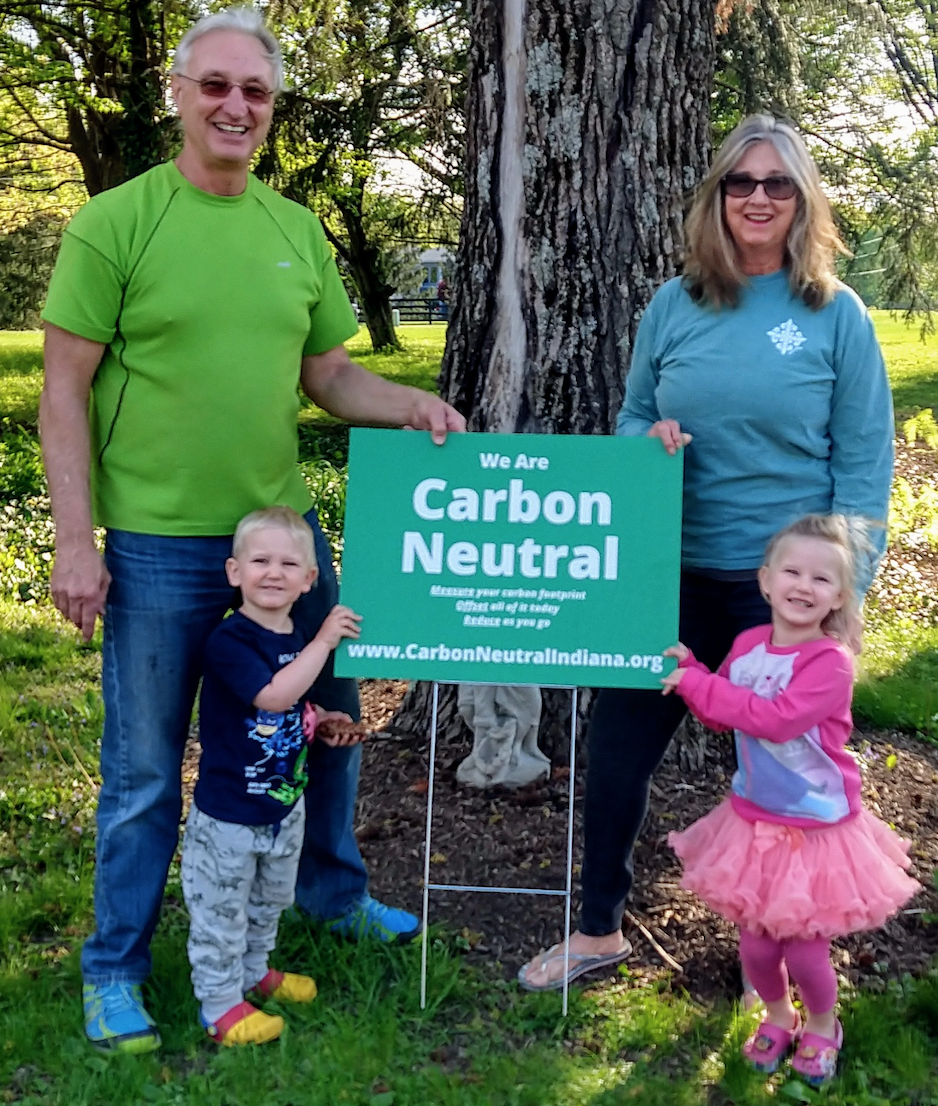 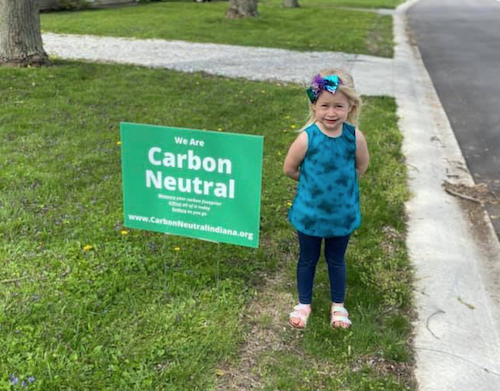 Trees on someone's property can have a big impact on their carbon footprint. We actually updated the prestigious carbon calculator we use with this fact.

Some people with many trees are actually carbon negative. They were surprised to learn this.

People appreciate preparing for their carbon inventories. So now we send them a list of questions we'll discuss. That way they can track down the answers ahead of the meeting.

Almost every carbon inventory surfaces a question I don't know the answer to. What about my propane grill? What about my bushes? Does my carbon footprint include my investments in oil in gas? Truly this is a never ending learning journey.

We can ship yard signs with regular boxes when they are flattened. No need to buy unusual, expensive flat boxes.

It costs about $8.70 to ship a yard sign anywhere in Indiana.

Extra big yard signs are too big. As Mark Clayton put it: "Our sign was bending over backward in the wind like Neo dodging bullets in the Matrix." Alas! Now we have 100 normal sized yard signs.

There's an enormous opportunity to engage people who signed a petition who asked to be volunteers. We have barely scratched this so far. They want to help. Let's set them to work!

Students should be receiving climate education and leadership from the colleges and universities they are investing so much in. It's the defining issue of our generation. It's really sad and frustrating to see students go into debt to be "educated" when the climate issue is being ignored by some powerful faculty/staff. It's not taught like it should be, and many institutions are not leading on it like they should be. Sad!

Young people are awesome! Almost every single one we've approached with the petition said something like, "Oh, other colleges are already carbon neutral? Ball State will be by 2030? Of course we should be too!" If anyone has a deafest attitude, it's often staff. No doubt, as mentioned above, this results from burn out or compassion fatigue. The solution? Lift students up, let them power the movement, and use our adult privileges of maturity to remove obstacles to their success.

There are so many good people. Way too many to list here. Literally hundreds of people have helped give birth to Carbon Neutral Indiana by sharing literally thousands of their hours. I won't name names, because I don't want to leave people out. You know who you are. Thank you. This is just the beginning.